Have we Lost the War on Drugs? 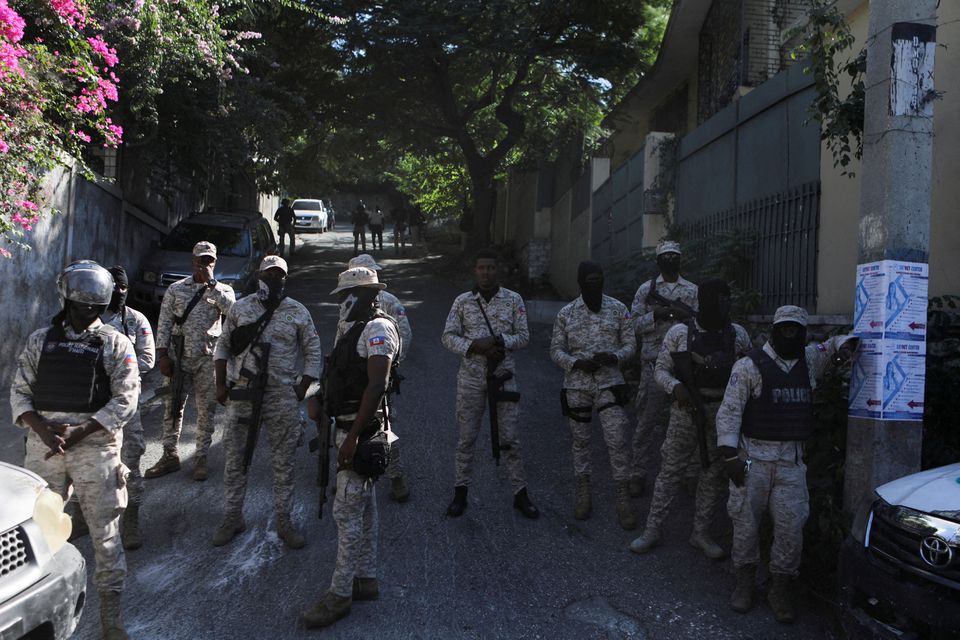 Martine Moise lay in blood, pretending to be dead. Next to her lay her husband, the most senior official in Haiti. Deep in the night, mercenaries had gained access to the president's residence. They faced little resistance from the presidential guard. The only shots fired, had been the ones that had killed the president and injured the first lady. As Martine lay still, trying not to breathe, she heard the attackers rummaging through their files. "That's it," they finally declared before fleeing.

In the coming days, the poor nation of Haiti plunged into chaos. It emerged that the gunmen were mercenaries commissioned by the country's drug lords.  Before his death,  Jovenel Moise had begun a campaign to rid the country of the drug syndicate. He had cleaned up the customs department, nationalized a seaport and destroyed an airstrip used for smuggling. He had also launched investigations into Haiti's eel trade, suspected to be a front for money laundering.

President Moise had launched a war on drugs in his country, but ended up signing his own death certificate.  When the attackers proclaimed, "That's it," they were referring to a list of names of suspected drug traffickers. Among them was Charles Saint-Rémy, also known as Kiko, a Haitian businessman long suspected of involvement in the drug trade.

More importantly, Kiko, is brother-in-law to Michael Martelly, the former president who is now gunning for a fresh term in office. Mr. Martelly, has publicly admitted to dealing drugs in his past but claims all his current businesses are now legit. But he had also been the one who selected Dimitri Hérard as head of security at the presidential palace. Dimitri's team never defended the palace on the night mercenaries attacked the first family.

50 years earlier, another first lady, Pat Nixon, had stood beside her husband as the United States launched what they termed, "The War on Drugs." But after spending $1 trillion on this war, the drugs industry has only grown in leaps and bounds. All indications are that the war is lost.

In 1986, a US study found that the use of the armed forces to interdict drugs coming into the United States would have little or no effect on drug the trade. In fact, it raises the profits of cocaine cartels and manufacturers. 500 economists, among them three Nobel Laureates, wrote to president Bush urging: "... the country to commence an open and honest debate about marijuana prohibition... to show that prohibition has benefits sufficient to justify the cost... and numerous ancillary consequences that result from marijuana prohibition."

As of 2022, reason is beginning to prevail. Only four out of 52 US states, still consider marijuana fully illegal. Globally, Netherlands and Portugal have long been the poster boys for progressive drug laws. Many nations, including but not limited to Uruguay, Canada, Georgia, South Africa and surprise, Mexico, have since joined the club.

Ethan Nadelmann, who ran the Drug Policy Alliance,  believes that the world is losing the war on drugs. The implications for marginalized communities, exploding prison populations, and law enforcement are disastrous. His arguments have converted politicians and policy-makers on both sides of the aisle.

We have many examples of failure in the war on drugs on one hand and impact of decriminalization on the other. The war has led to more murders, incarcerations and addictions. 20 years ago, Portugal had the highest rate of HV among drug users in Europe. The estimated heroin users were estimated at 100,000. Since the decriminalization policy,  HIV infection DROPPED 17%. Drug related HIV infection dropped 90%. The increase in drug use in Portugal has not been greater than that seen in other nearby countries that did not change their laws.  As of 2012, Portugal's drug death toll sat at 3 per million, in comparison to the EU average of 17.3 per million.

It appears the evidence for whether to use the carrot of the stick in the war on drugs has a clear winner. But the subject remains emotional and political. As public sentiment changes, so will the political positions that determine legislation. The battle on drugs has been lost, but not the war. If we change the strategy, we may yet win the war.